If you’re trying to make your next Long Island or New York event really environmentally friendly Tesla Model S , and have no problem turning a wrench to finish a project, LI Party Rides has found a good transportation ride to fit your needs. On eBay, a Tesla Model S project has been spotted, but with a twist. This particular car has begun to make a new life not as a luxury electric sedan, but as a luxury electric limousine. 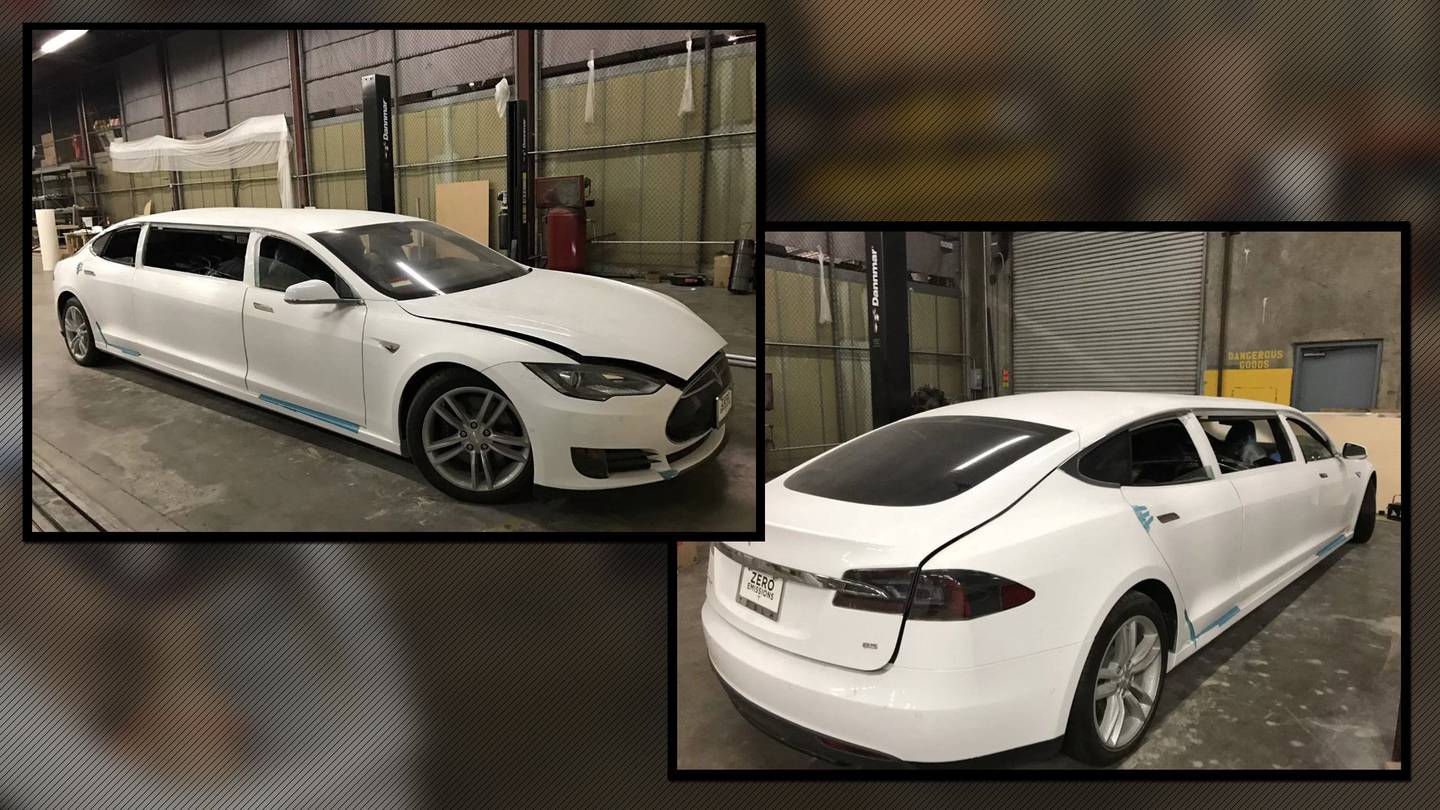 Big Limos Company based  out of Cost Mesa California started this 2015 Tesla Model S 85 as a project and not Ebay is the hub for bidders.  This Limousine only has 150 miles on the clock, the car hasn’t even driven enough to discharge a battery completely, making it one of the lowest mileage “used” Tesla Model S we’ve seen up for sale. Big Limos even claims it to be the “first Tesla Model S 85 Limo.”

Like we said its a project, the buyer still has a little bit of work to do before the car is complete. The auction states that the Tesla conversion is the outcome of a “successful advertising project” and is about 90 percent finished. However, there isn’t detail about what is left to complete the conversion. Any Limousine that Stretching the car would mean re-fitting the battery pack once the vehicle is elongated. Big Limos does offer to finish the car for an additional fee.When you talk battery packs, first thing to come to mind is weight.

With the conversion comes extra weight. The total weight of the Limousine is currently unknown. It is important to note that with added pounds comes decreased range. Tesla worked very hard to scale down the weight of the Model S, even manufacturing the chassis out of aluminum to make the 5,000-pound monster weigh just a little less.

We hope this Tesla Model S  made your Xmas wish list for 2017.

Get a Free Quote Right Now?