Much like previous years, Long Island Party Rides takes great pride in being selected by the parents of many Brooklyn yeshiva school children to transport their children collecting Purim gifts.

Purim is often described as one of the most fun holiday celebrations by the Jewish people and community.

The online encyclopedia, Jewish 101, cites that Purim is “one of the most joyous and fun holidays on the Jewish calendar.”

We are always excited to see our party busses taking the Brooklyn yeshiva school children around their neighborhoods, collecting money, and other Purim gifts. 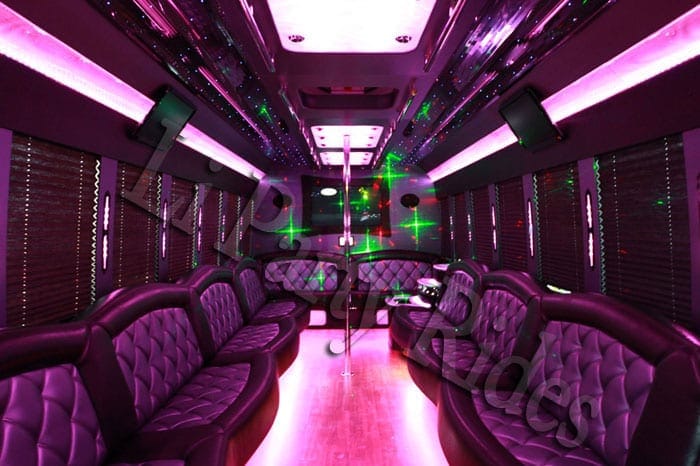 The Jewish holiday Purim is held on the 14th day of the Hebrew month of Adar. This month typically coincides with March or April).

The holiday celebrates the Purim story of the day the Queen of Persia, Esther, saved the Jewish people from violence at the hand of the advisor to the Persian king.

The advisor, Haman, learned of Esther’s Jewish heritage and sought to undermine her as she married the king.

Upon learning of Haman’s plan, Esther revealed to her husband, the king, her hidden Jewish origins. She asked the king to save her people.

King Ahasuerus then ordered that Haman be hanged. Those looking to harm the Jews were neutralized. King Ahasuerus and Queen Esther prevailed.

Some have described Purim as a combination of Mardi Gras, Halloween, and Easter. One of the traditions of celebrating Purim collecting and sharing gifts throughout the Jewish community.

For the Students of Brooklyn Yeshiva Schools

A well-known Purim tradition, especially in Brooklyn, is the delivery of Mishloach Monos, or baskets of food and drink to help families celebrate Purim. In Brooklyn, for many, the delivery of Purim provisions is as important as the holiday itself. Thousands of these baskets are delivered each year.

We are proud to offer our driving services to those delivering the Mishloach Monos throughout Brooklyn, and anywhere else in the NYC and Long Island areas.

Simply get in touch with us, and we will help you to deliver the celebration baskets in class and style.

Marc went on to say, “thanks trusting in long island party rides on this special day.”

Get a Free Quote Right Now?